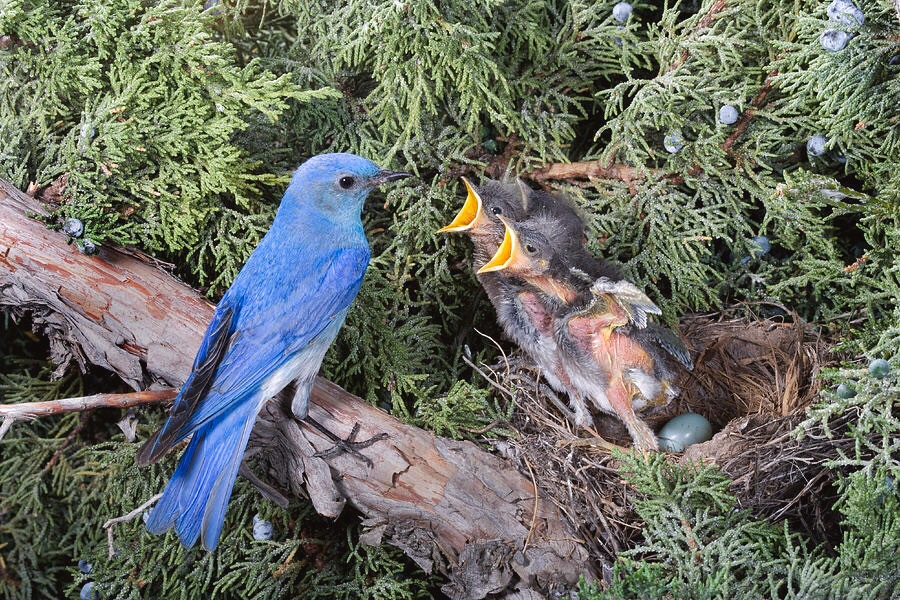 A male Mountain Bluebirds attends to three ready-to-fledge Young. Although documented in Alexander C. Bent’s ‘History of Birds’,this is believed to be the first time that these birds have been photographed in the appropriated nest of an American Robin. 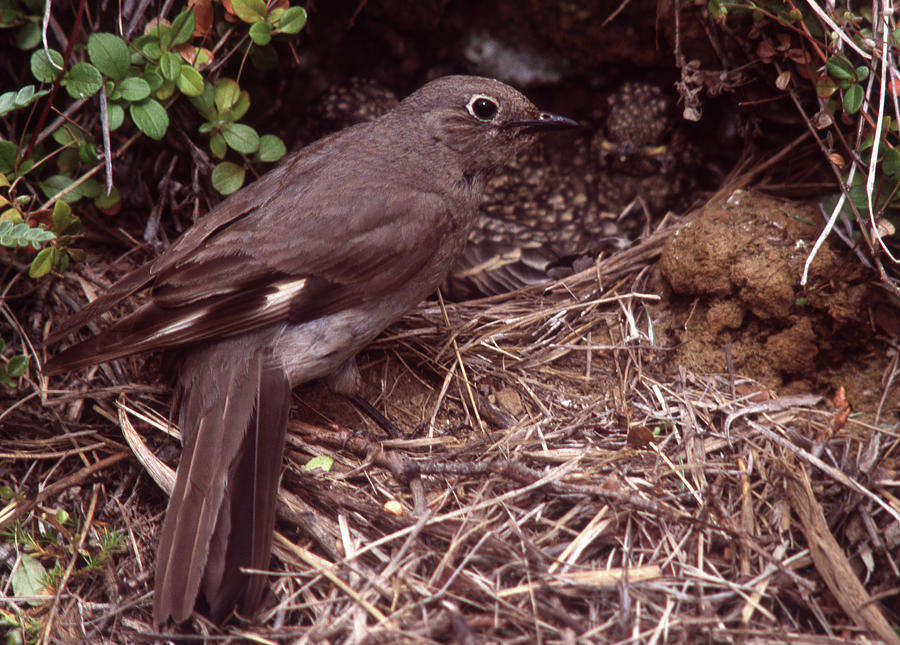 A Townsend’s Solitaire lands on the edge of the nest. 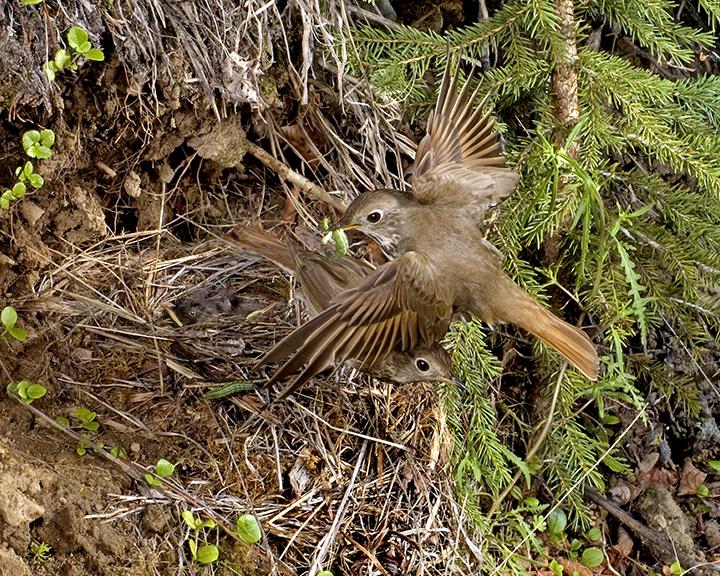 As the male Hermit Thrush lands with food for his young, his mate departs simultaneously beneath him. 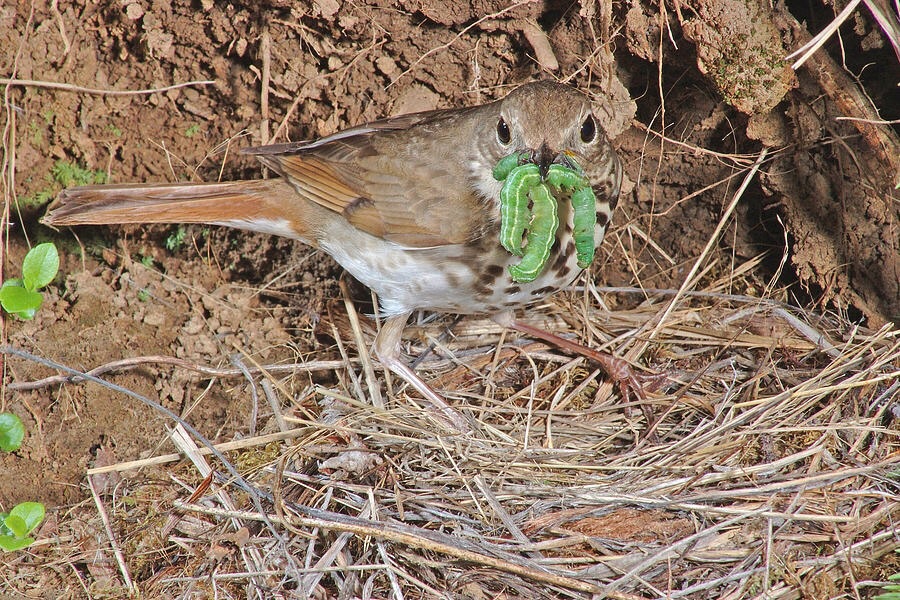 A male Hermit Thrush greets his young charges with a beak full of caterpillars. 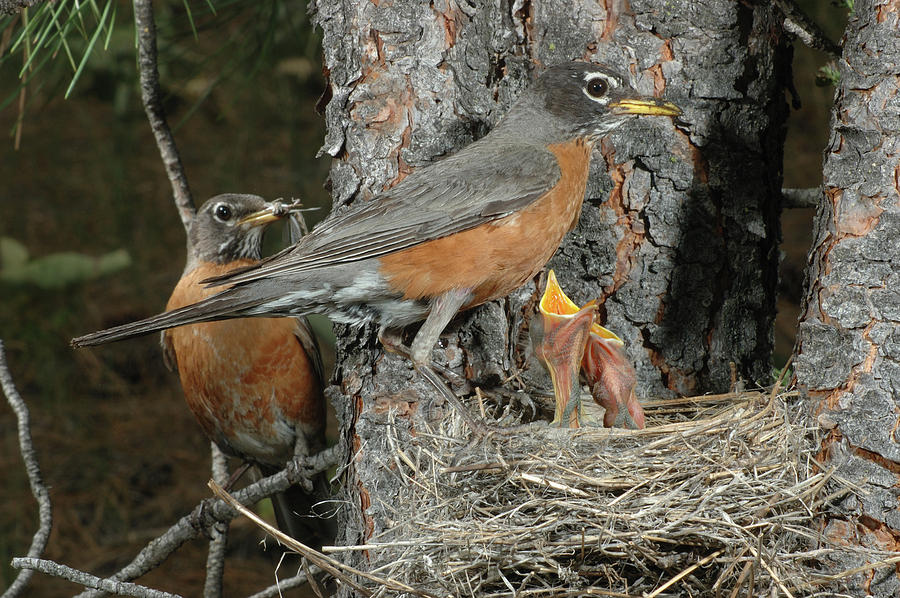 A pair of American Robins tend to their babies.