This is the first world-renowned wildlife (bird) photographer to agree to appear on my blog after a short exchange of messages. His web site is:

Bjorn responded immediately saying that in Singapore they used these simple rules:

He also said that he did not agree to the use of artificial lights at nests.

Below is the cover to one of his books. 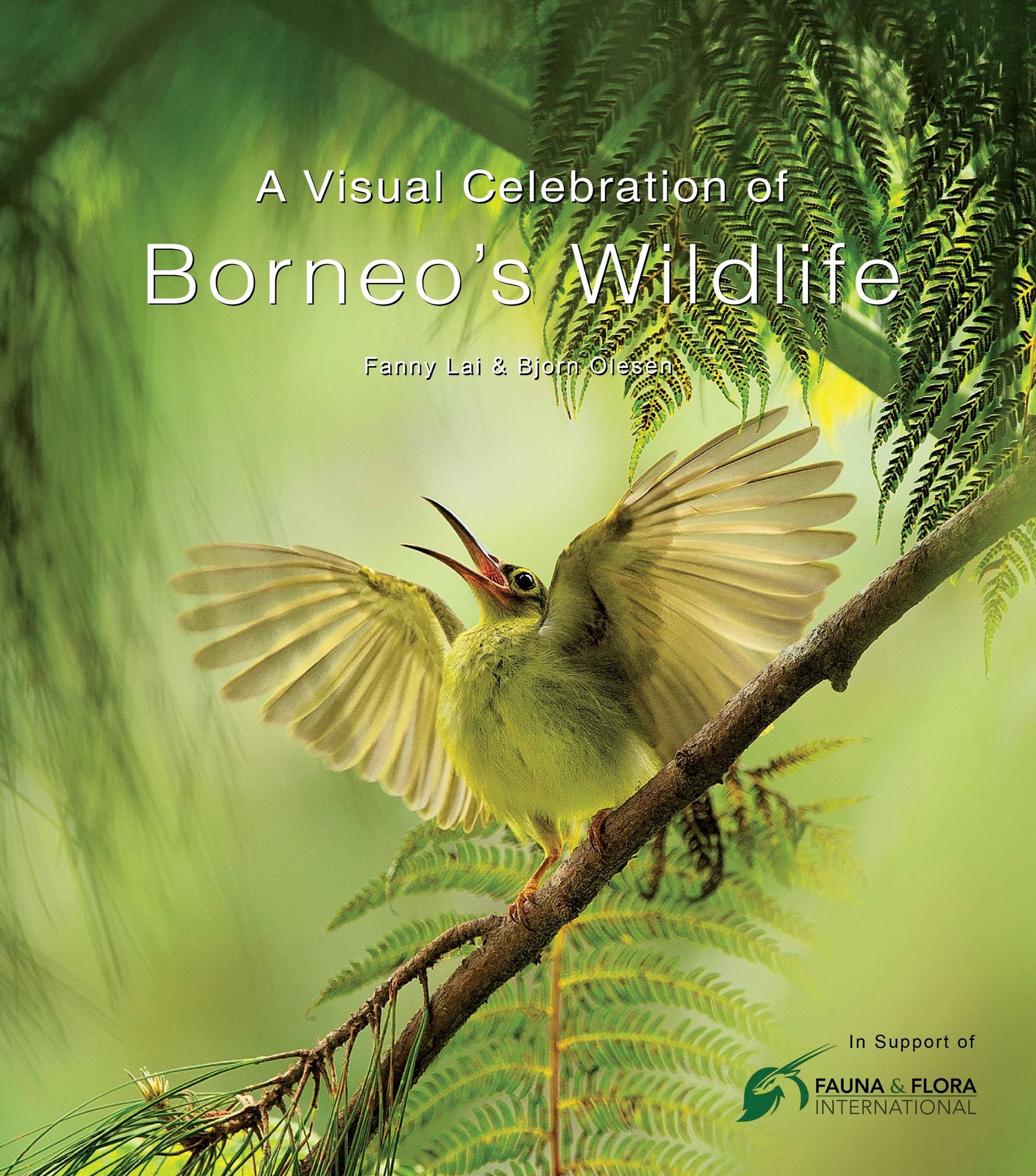 ‘A Visual Celebration of Borneo’s Wildlife’

The captions in the four photographs below are from the book ‘A Visual Celebration of Borneo’s Wildlife’ by Bjorn and his wife Fanny Lai. 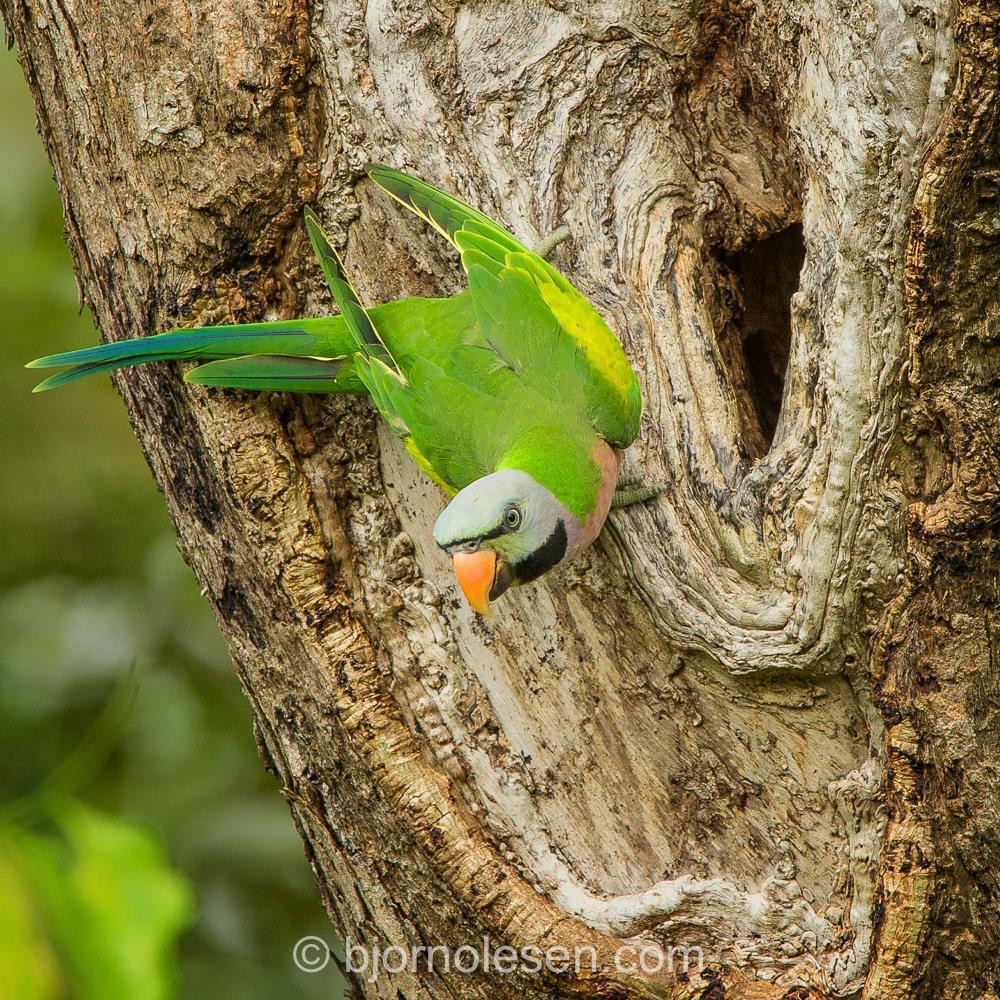 The Red-breasted Parakeet is restricted to southern Kalimantan in Borneo and can be seen gathering in large flocks at their roosts. Ornithologists believe that these populations of Red-breasted Parakeet were isolated in dryer southeast Borneo after sea levels rose cutting Borneo from Java. 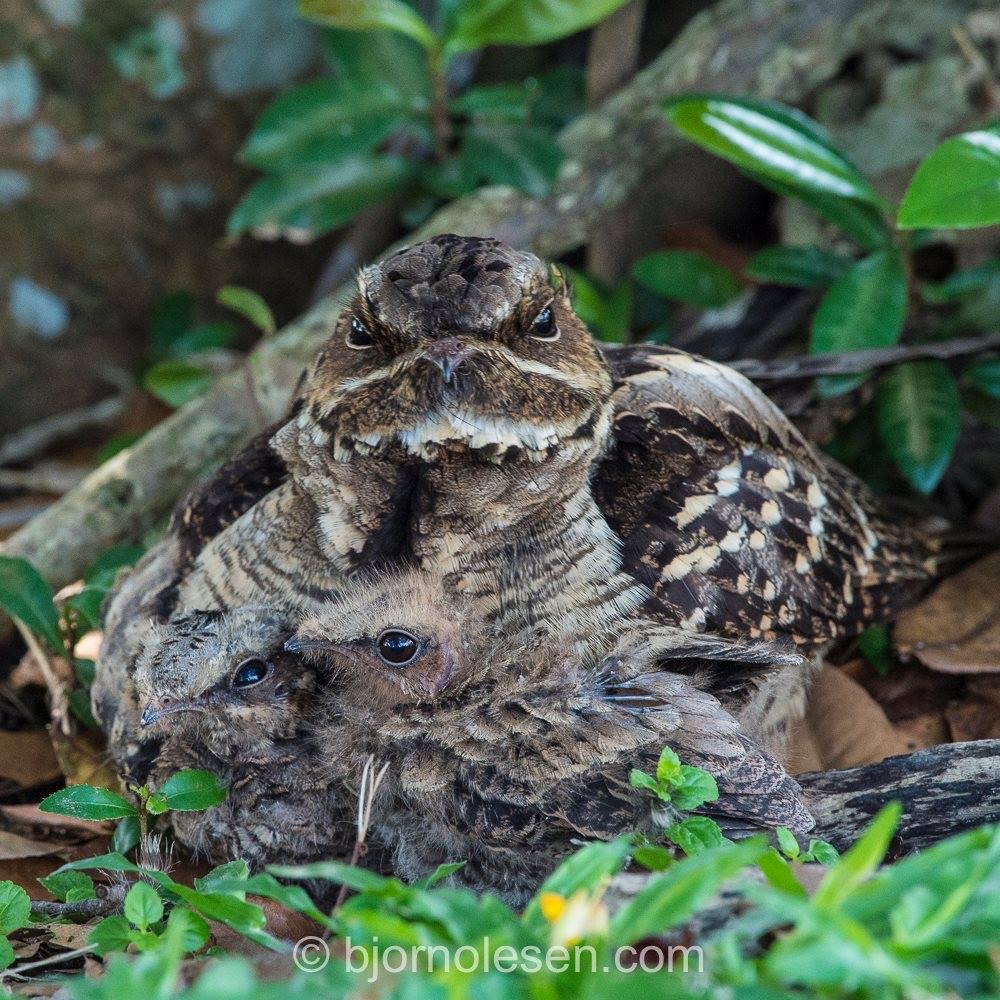 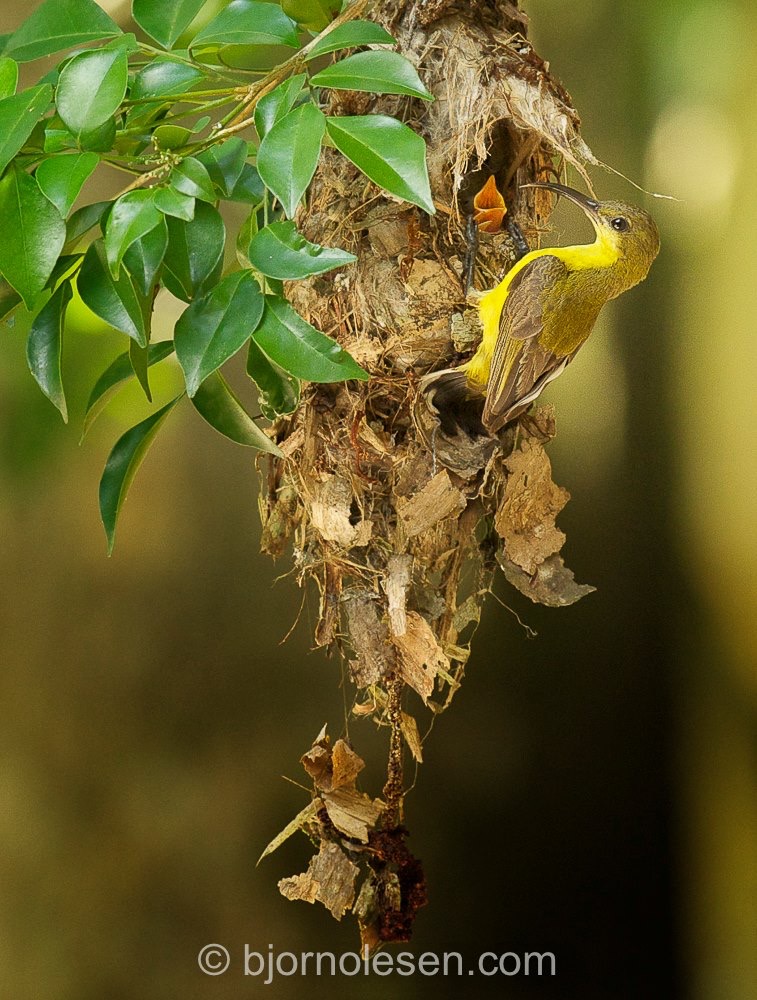 A female Olive-backed Sunbird feeding a young chick. The overhanging porch at the entrance is typical of the sunbird nests. The Olive-backed Sunbird is well-adapted to human modified landscapes and is often found in gardens and parks. It feeds mainly on nectar which it extracts from flower S with its long-curved bill. Both the male and female share the duties of incubation and feeding the young. 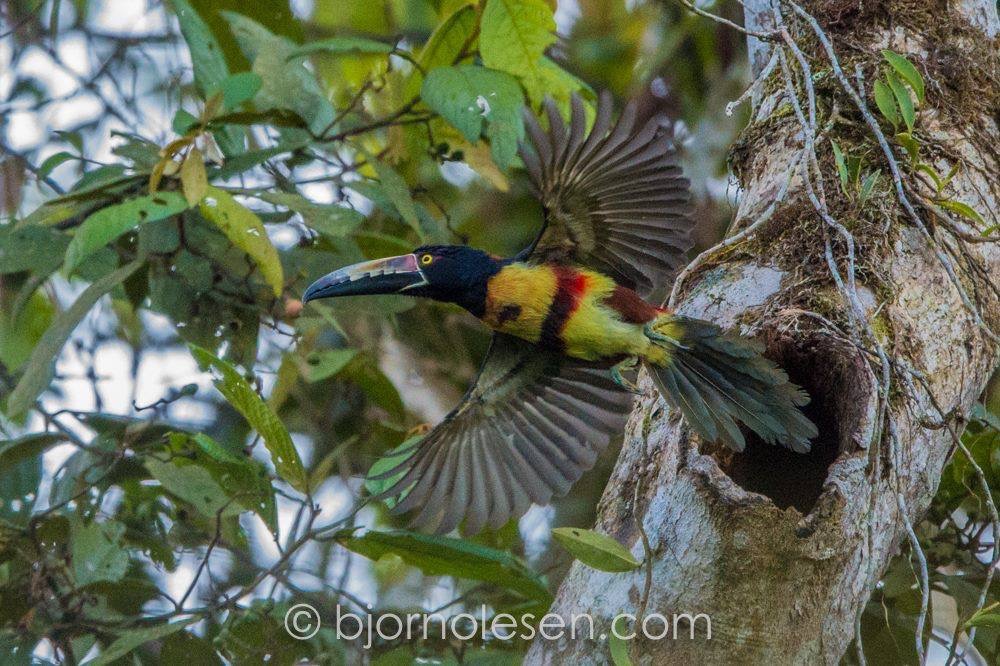 The Collared Aracara is a toucan, here seen leaving the nest cavity. Small flocks, usually consisting of 6-15 birds, move through the forest with a rapid direct flight. This species is primarily an arboreal fruit eater, but will also take insects, lizards, eggs, and other small prey. To see this colourful bird so close up is really a treat. Here is one of my favorite toucan images taken at 8,000 ISO in Costa Rica.

Bjorn current camera bodies are the Nikon D5  and the Nikon D500 mainly using the Nikon 600 mm VR lens, sometimes with the 1.4 teleconverter.